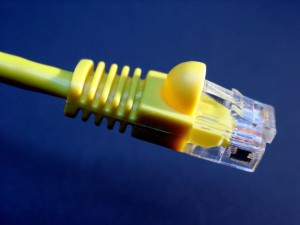 I used it frequently, but it began to feel like an exercise in narcissism, with each tweet doing nothing but placing a huge magnifying glass on my life for the world to see in 140 characters or less.

“At the store buying coffee.  Again.”

“Sitting on the back patio drinking coffee.  Again.”

After getting fed up with myself, I dropped out from Twitter and soon found myself talking about myself on Facebook and elsewhere.

What brought me back to Twitter was the realization that talking about myself did nothing for anyone, but responding to others did a tremendous amount for others.  It wasn’t that my comments were so incredibly witty and thought-provoking that I was changing lives, but that by simply acknowledging and responding to the queries and observations of others, Twitter (and by default other social networks) were no longer one-sided conversations, but opportunities to develop relationships, and not just grow lists of followers.

In an organization, the same rules apply.  If all you do is talk about your company or what you’re doing or what your needs are, you’re having a one-sided conversation that is anything but social, and the opposite of networking.

Networking implies a two-way street.  You may have the greatest service or product in the world, but if you’re not offering value within a genuine relationship, if you’re not willing to use the network to find out what someone else actually needs or can offer, as well, then your social network will be nothing more than a one-way mirror.

So when you’re asking if your company needs to jump in and start using Google+, Twitter, Facebook, or whatever comes next, think about your involvement like you would a new next door neighbor.  Are you willing to build a relationship with your connections, or are you just interested in seeing what you can get out of someone else?

If it’s only the latter, don’t expect others to be very interested in what you’re doing online.